The “Festival Mondial de l’Image Sous-Marine” is in all probability the main festival dedicated to submarine image in cinema, photography, video, books, guides and other applications. This event is celebrated anually in Marseille, although until recent years it had been held in Antibes-Jean-Les-Pins. This year it reached its 39th edition, taking place from the 1st to the 4th November at the Parc Chanot of this french city.

This festival receives the best under water productions and it gathers some of the main names linked to submarine image worldwide. Its slogan is “Rendez-vous of all imatge and underwater world lovers, the Festival is an underwater open window for every body”.

The “Festival Mondial de l’Image Sous-Marine” includes 19 competitions and 75 awards. Some of the most important ones a related to cinema, with both professional and amateus categories, as well as photography, books or guides. In this year’s edition there were 450 submarine photographies in competition and more than 140 films were projected.

The venue where the festival takes place has around 2.000 m2 of space to accomodate more than 100 stands and exhibitors, as well as projection rooms and an auditorium which can host 1.200 people. During the event there are also workshops, debates, activities for kids, music, submarine baptisms and many other activities. There is also space for environmental policies, particularly in the marine area.

Many cities and regions from around the world (Russia, Japan, Australia) linked to submarine activity dedicate a day every year to project the awarded films in this Festival. In l’Estartit, there is an anual event during the month of August to present these films with the presence of members of the organization of this Festival. For the last 20 years, the Torroella de Montgrí-L’Estartit Tourist Office has been participating in this event. It also has its own stand at the Festival as a platform to present the next MIMA Festival , which is celebrated in June every year in l’Estartit. 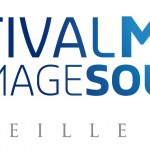 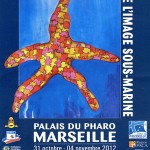 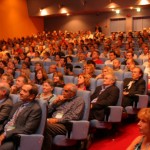