Accommodation for birdwatchers
Glamping and singular accommodation
January 19, 2016 By: Decaba In: Notícies Comments Off on Mature coastal destinations

The importance of the Mediterranean coastline as a tourist destination is revealed by figures published by the World Tourism Organization (UNWTO). In 2014, 19% of all the world’s tourist arrivals (214.9 million visitors) touched down in this region, which consists of the countries of southern and Mediterranean Europe; furthermore, over the previous four years this figure increased on average annually by 3.6%. Indeed, three of the top five tourism countries in the world are Mediterranean: France (1st), Spain (3rd) and Italy (5th).

Within the Spanish State, six autonomous communities (Catalonia, Balearic and Canary Islands, Andalucía, Valencia and Madrid) – of which five are coastal regions – concentrate 90% of all international tourist arrivals. In Catalonia, over 85% of all tourist accommodation is located on the coast.

As a consequence of this intense growth, a number of the best-known coastal destinations have reached ‘maturity’, that is, they have lost their attractiveness and freshness, and now need to reposition themselves in the market — even though the demand for holidays to these resorts has not yet started to decline.

At the same time, coastal areas are experiencing fast demographic growth due to their natural appeal (landscape, sun hours, health benefits, etc.) (The changing faces of Europe’s coastal areas, 2006). In Catalonia, for example, over 70% of the resident population lives in a narrow, 20-km-wide coastal strip. 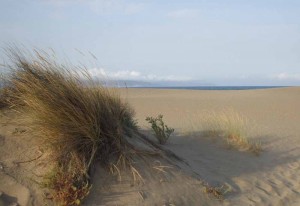 In light of the obvious homogenization of many well-established tourist destinations, it is becoming increasingly clear that consumers are today seeking more stimulating products that both reflect the nature of the destination country and its socio-economic reality, and offer visitors new leisure experiences.

In Catalonia, the attractiveness of the coastline has not waned, as the fact that today almost 43% of the Catalan coastline is protected (Greenpeace) would seem to suggest. To the equation can be added a thriving, rich tangible and intangible cultural heritage that offers coastal resorts with a sense of identity, as well as a vast range of artistic events and a full cultural calendar.

These resources play a key role in tourism strategies since their intrinsic appeal provides opportunities for creating singular products and experiences that truly reflect the identity of the territory; likewise, quality resources can also help capture new market segments and redistribute them both geographically and seasonally.

Over the past 20 years a number of regeneration experiments have taken place in both the Spanish State as a whole and in Catalonia; they range from specific programmes backed by regional and/or national administrations (Excellence and Competitiveness Plans) to land reclassification programmes such as those promoted on the Costa del Sol, Platja de Palma and Gran Canaria.

Also of interest is the project being set up by the town of Lloret de Mar, whose 2010–2014 Strategic Tourism Plan is currently putting into practice an Action Plan aimed at renewing the town as a tourist destination. The town’s business sector is heavy involved in the project, which reaches out to the local population via a series of participatory workshops.

Neither should we forget that elsewhere in Europe – both in the northern European resorts whose competitiveness started to decline in the 1960s (e.g. Great Britain, the Netherlands and Germany) and in the Mediterranean – a number of ambitious regeneration projects have been formulated.

Another case is the town of Torroella de Montgrí-L’Estartit on the Costa Brava, which, despite receiving little external support, has been able to maintain over the years a concerted line of work that has been pursued by successive town councils. The main premises behind this work are as follows:

Thus, we already possess a certain experience in the regeneration of ‘mature’ coastal resorts that may be useful when devising any future projects. Nevertheless, we have not yet formulated a methodology that can draw on all these different experiences or one that can provide reliable data that help visualize the impact of these improvements on (i) local people’s quality of life, (ii) the number of new jobs and economic opportunities being generated, (iii) the environment and the landscape, (iv) the evolution of visitor typology, (v) visitor satisfaction, (vi) seasonality, and (vii) the competitiveness of tourist companies. In other words, these indicators may be able to contribute when assessing local development policies.

During 2014 and 2015, the EU’s General Directorate of Enterprise and Industry (DG GROW) developed the ETIS (European Tourism Indicator System for Sustainable Management at Destination Level) methodology that we have mentioned in other parts of this blog (ETIS and the Presentation of the ETIS Indicators) whose aim is to evaluate the sustainability of tourist destinations so that this concept can be used as a key element in planning and management.

These schemes are highly important for planners in tourist destinations as they guarantee the existence of a homogenous series of indicators that can monitor the destination in question and examine how it is evolving. Likewise, if the same methodology is used, destinations of similar type in Europe can compare their results and establish cooperation and benchmarking mechanisms that will ensure greater future efficiency.