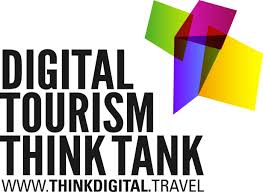 On the 20th and 21st of November Ignasi Capellà from DCB Tourism and Local Development assisted the Digital Tourism Innovation Campus, held at the Mobile World Centre in Barcelona. It’s the main event of the Digital Tourism Think Tank and consists of one of the main worldwide events on the exchange of digital marketing information and experience in the field of tourism between state-wide and regional tourism promotion and development agencies. This event presented the latest trends and innovations regarding the application of new technologies in marketing and tourism development, experiences and case studies from all around the world.

Some of the most prominent speakers Digital Tourism Innovation Campus were:

• Pedro Ortún, director of tourism at DG Enterprise and Industry of the European Commission.

• Miquel Alabern, marketing director of the Agency for Catalan Tourism;

• Tine Thygesen, CEO of Everplaces (company that create their own travel apps fortheir own use and for national tourism promotion agencies in Germany) and advisor of the European Commission on policies aimed at entrepreneurs and businesses linked to new technologies;;

Presentations and experience interchange were also made concerning the good practices undertaken by promotional tourism organizations in several countries such as Austria, Germany, Finland and Norway, in regions and cities like Gothenburg, Stockholm, Oslo, Lapland Ljubljana, Nantes or Cape Town.

Some notable innovations presented at the conference were the creations of augmented reality apps presented by Blippar. These consisted of codes applied to brochures on tourism promotion, which when scanned through a mobile app, complementary pieces of information, such as videos, photos and other resources were offered.

Some conclusions from the conference were the popularization of payment systems via mobile phones, which have had a major impact on countries in Africa and Asia and that are expected to become popular in Europe in 2015 without use of codes and complex security systems. Another popular trend is the emergence of new mobile applications that have very specific functions and increase the time that users spend on mobile applications. The use of mobile applications in all phases of travel will maintain and consolidate, so it is necessary for tourism destinations to incorporate them as a promotional tools but also to perform specific functions in the different websites.

Travellers will continue to seek out for information and a permanent connectivity for them to share their experiences and photos from their travels over the Internet, and there will be an increase in the number of travellers who value a full attendance in the digital environment..

This will also be the year when the use of “wearable technology” will become increasingly popular such as Google Glass, which have already started to be used by international airlines such as Virgin Atlantic or airports in Edinburgh and Copenhagen. Travellers will continue to look out for authentic experiences, searching for a connection with local people and communities. Finally, storytelling techniques were catalogued as the best formats to promote tourism, incorporating secrets and exclusive content for users to identify themselves and feel special protagonists of the stories.

In the context of this conference, the new Visit Europe website was presented with a very clean design, intuitive navigation focused on users and different types of themed experiences that they can witness if they visit Europe.