The bet on ecomobility is still gaining support. The French Minister of Economic Affairs offers compensations to Air France’s rescue

#IStayHome
April 30, 2020 By: Decaba In: Notícies Comments Off on The bet on ecomobility is still gaining support. The French Minister of Economic Affairs offers compensations to Air France’s rescue 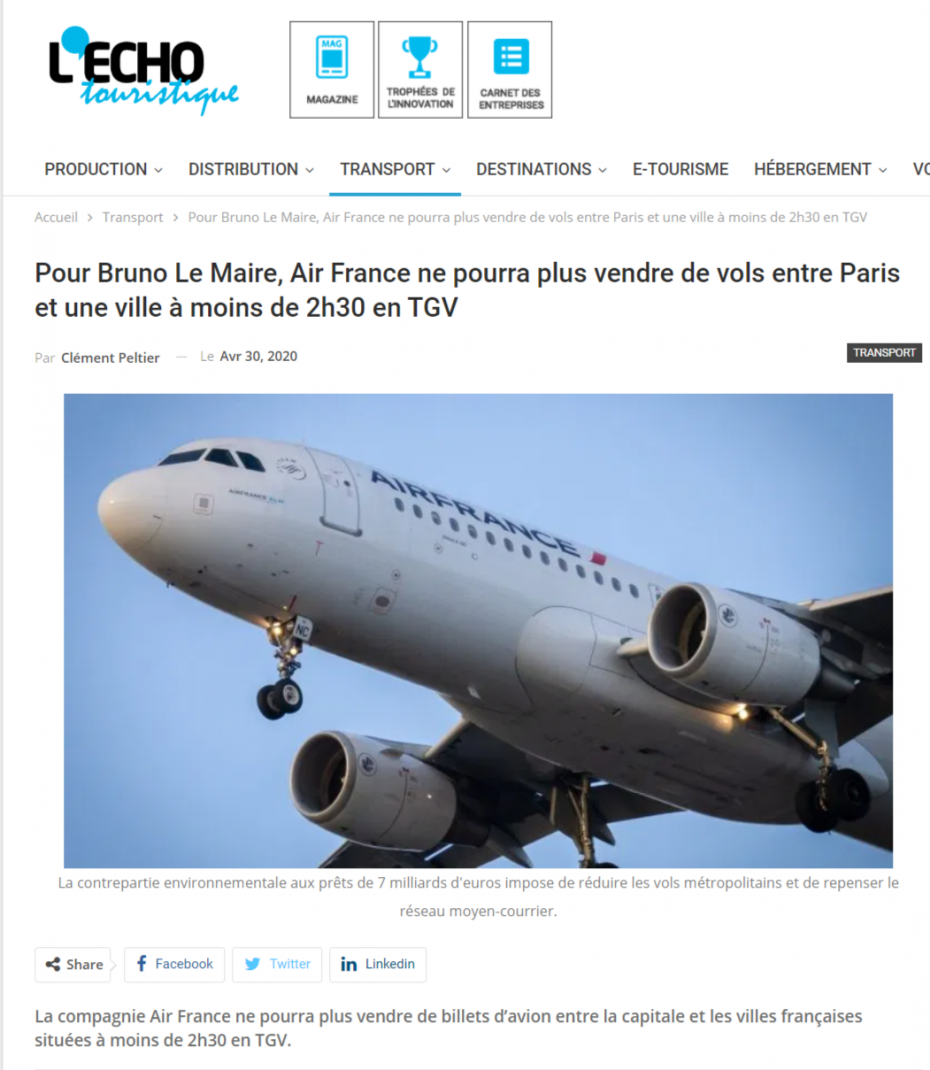 The reduction of carbon dioxide emission and of short flights between cities separated by a 2.5-hour distance by high-speed train (TGV) is one of the measures offered by the French government to rescue Air France.

The bet on ecomobility is still gaining support. According to this item of news, the Minister of Economic Affairs offers some of the following compensations for Air France ‘s rescue:
• Commitment to become the most environmentally-friendly airline.
• 50% reduction of carbon dioxide per passenger and kilometre between 2005 and 2030.
• 50% reduction of carbon dioxide on metropolitan flights by 2024.
• Short domestic flights in France will be limited to connections to hubs, which means that they will not be viable between cities that can be linked in less than 2.5 hours by high-speed train (TGV). This will have direct impact on HOP! Low cost airline, affiliated to Air France.

On April 28th we coordinated a webinar on Ecomobility, held by Patronat de Turisme Costa Brava Girona. Please find the news bulletin here. Unfortunately enough, this item of news had not come out yet!