Cyclotourist study in France
Wetlands and Tourism for the Ramsar Convention
September 4, 2012 By: DCB In: Notícies 1 Comment
Tweet

This edition had 275 exhibitors divided in two halls, one of which was entirely focused on hiking material stands (with clothing, shoes, kayaks). The other hall was focused on destinations with a high occupation of German tourists and those from the nearby countries. There was a high presence of specialized magazines, but there was practically no tour operator, except for two German and three Austrian operators which had their own stand. Other operators had their catalog exposed jointly in other stands.

The fair also had a programm with associated activities, with presentations by the different exhibitors and workshops. We assisted two of these workshops, which had a high attendance, with between 60 and 100 people at each one of them. These seminars were focused on outdoors tourist activities, and they were titled Main trends for the next 10 years and Hiking market 2012-2022.

Catalunya had its own stand, with the presence of all the German delegation of the Agencia Catalana de Turisme, including her director, Ms. Montserrat Sierra. The Patronat de Turisme Costa Brava Girona and Vall d’Aran were also present. In the presentation area, Montserrat Sierra hosted a presentation about Catalunya as an active tourist destination and about the Ter route in particular, during the three days of the fair. The quality of the images and the presentations were magnificent.

The Associació Catalana d’Empreses de Senderisme had their own stand at this event for the first time, with different products such as Itinerànnia, El Brogit de la Vall, El Cinquè Llac, Priorat, Camí dels Bonshomes and many others, as well as specialized establishments. http://amicsdelsenderisme.com/wandern-katalonien/de/

In addition to capturing the new trends in different countries and destinations, Inma Ballbé had an interview with the director and the Frakfurt branch team of the Agencia Catalana de Turisme, with the representatives of 5 tour operators which had their own stand, and with some of the present media, such as Wandermagazin, Wanderlust and others. 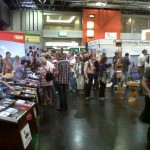 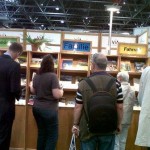 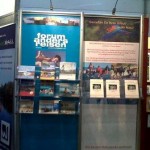 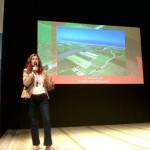 One Response to Tour Natur 2012